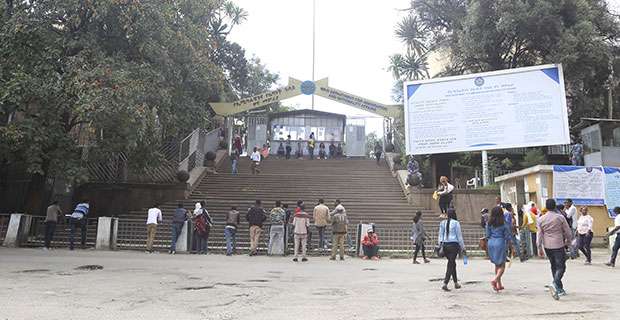 Over the past 11 months, the Agency was requiring passport applicants to present documents that prove their travel plans. The applicants had to submit documents proving that they have either been allowed to study or work overseas, hotel bookings, certificates of competence from accredited employment agencies to acquire a passport or medical documents to show they were travelling to receive treatment.

Issued on August 8, 2019, the new directive lifted this requirement, which was put in place due to the foreign currency shortage that limited the Agency from printing the passports in France. On average, the Agency spends an average of five million dollars to print passports.

The Agency, which was issuing an average of 12,700 passports daily before it passed the restriction, had downsized the number to 2,000 after the mandatory requirement.

"Now after working with the National Bank of Ethiopia, we're currently importing passports," said Desalegn Teressa, communications director at the Agency, which issued around 361,000 passports and 169,000 visas in the first three quarters of the last fiscal year.

Previously, the Agency, which operates through nine branches in Adama, Semera, Jigjiga, Hawassa, Dire Dawa, Jimma, Dessie, Bahir Dar and Meqelle, was issuing passports in seven days. But last year it was extended to 45 days following the new requirements.

Currently, it takes up to 45 days to get a passport through the normal procedure, which costs 600 Br for 32 pages and 900 Br for a 64-page passport. But, applicants can get their passport in the quicker way between three and five days after paying 2,186 Br.

However, the requirements on job seekers that travel to Middle Eastern countries are still in place and are imposed by a different law passed by the Ministry of Labour & Social Affairs.

"While the government respects its citizens’ freedom of movement, it also has a duty to protect them and ensure their safety," said Desalegn.

Individuals looking to travel to Middle Eastern countries with whom Ethiopia has signed bilateral labour agreements are required to receive a three-month training, acquire certificates of competency and applicants must be at least 21 years of age and must have completed eighth grade.

Bilateral labour agreements between Ethiopia and Saudi Arabia, Qatar and Jordan were signed to formalise the employment exchange. The government, as part of its job creation scheme, aims to send around 50,000 workers to the Middle Eastern countries, mostly nurses and drivers.

Getachew Assefa (PhD), a constitutional lecturer at Addis Abeba University's School of Law & Governance, believes the move by the Agency to ease requirements rectifies its past mistake, which was unconstitutional.

Every citizen of Ethiopia has the right to obtain a passport without any requirements, according to Getachew.

“The Agency should have had a different system in place to issue passports if it was faced with a shortage of forex,” said Getachew.

New Bankruptcy Regime No Longer Punishes but Rehabilitates
Share this...