Negasso: Man of the People 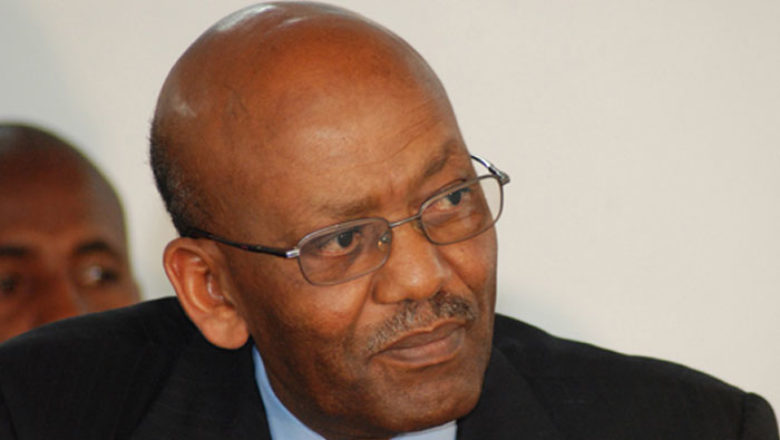 Negasso Gidada (PhD) received a call from a distraught journalist, Ar’aya Tesfamariam, in 2007. He did not know who the journalist was but decided to hear what he had to say.

Negasso Gidada (PhD) received a call from a distraught journalist, Ar’aya Tesfamariam, in 2007. He did not know who the journalist was but decided to hear what he had to say.

Ar'aya had a daughter diagnosed with scoliosis and was in need of surgery overseas. Ten thousand dollars was needed to cover the cost of her medical treatment - a call for help Negasso was determined to answer.

It had been six years since he had served as Ethiopia's president, but Negasso still had contacts. He made calls, embassies answered, and the journalist's daughter, Eyerusalem, finally received treatment in India.

"He was a caring person," says Girma Seifu, a former member of parliament, who worked together with Negasso in Forum for Democratic Dialogue (FDD), Medrek, an opposition political coalition. "Very honest and disciplined."

Had Negasso not become president of Ethiopia, he would have been remembered as a humble man. After all, he was a man that went from occupying the national palace to being ferried in a taxi to work after defiantly leaving the EPRDF.

“He climbed so high to come back down so low,” says Lencho Letta, a veteran politician and an early member of the Oromo Liberation Front (OLF).

This is not a derogatory remark from Lencho but an expression of respect for a man that continued to carry himself with as much grace as he did when he was the head of state. Both grew up in Dembi Dollo, Oromia Regional State, went to the same school and practised the same religion. Both were as interested in politics and resisted past political structures.

Graduating in 1971, and after a brief stint as a teacher, he went on to study at Goethe University in Germany in the mid-1970s. His doctoral thesis was "The History of Seyyo Oromo at South Western Wellega Ethiopia from 1730 to 1886." This coincides with the time that he became active in party politics, joining the OLF while in Germany. It would be one of several parties he would be a part of throughout his lifetime.

“I would send him letters from Sudan,” Lencho says, remembering how they never really lost contact.

It was also in these years that he met and married Regina Abelt, a German aid worker, a matter that would become somewhat controversial once he was catapulted into public life. This occurred shortly after the fall of the Dergue, and his decision to part ways with the OLF to join the Oromo Democratic Party (ODP), formerly known as the Oromo People’s Democratic Organisation (OPDO), one of the constituent parties of the EPRDF.

During the transitional years, he served as minister of Information. He also was present during a disagreement that broke out in 1992 between the OLF and the EPRDF, leading to the former's withdrawal from the transitional government before the ratification of the 1995 constitution. Until a rapprochement between the Ethiopian government and the party last year, OLF did not participate in the nation's politics in the intervening years.

Negasso would continue to be a central figure.

With EPRDF’s incumbency after the 1995 election, Negasso was elected by MPs to become the first president of Ethiopia under the current constitution. It was largely a ceremonial role, as it had been evident by the conduct and the uncontroversial attitudes taken up by his successory. It was different for Negasso. He would go up against political heavyweights on matters concerning the administration of the state, including the late Prime Minister Meles Zenawi.

“There are few memorable moments in our politics as when Negasso compared Meles to Mengistu [Hailemariam, former president of Ethiopia],” says Merara Gudina, a veteran opposition leader.

The outcome was devastating. He was not elected to parliament for a second term, and neither did he stay with the party. He chose to become an independent and ran and won in the 2005 election to represent Dembi Dolo in parliament.

“He fought for what he believed was right despite the consequences,” says Merara. “It was shortly after he decided to join the ‘people’s fight’ that we came to know each other.”

Later in life, Negasso admitted that the 1995 Constitution was ratified in a less than participatory method. He ramped up his opposition by becoming a founding member of Medrek, following a path many believed was detrimental to his relationship with the government.

“Even low-level cadres made money,” says Merara. “It is a tragedy he died without acquiring some wealth.”

Negasso's passing came as a surprise to many, given that he has been active in the past year. A consummate politician, he did not refrain from participating in political debates, including giving a number of interviews.

He went to Frankfurt for what was initially described as a medical check-up late last month but passed away while undergoing treatment on April 27, 2019. Aged 75 and survived by three children, he was given a state funeral last week on May 5, 2019.

“Politicians are manipulating the people.”

Affront Against the People

The Bright Young People that Fall Through the Cracks

What can people do to protect themselves and others from getting the new coronavirus?

The big dinner, which cost more than 200 wealthy people a fortune...
Share this...