Diaspora community can only invest in financial institutions in forex 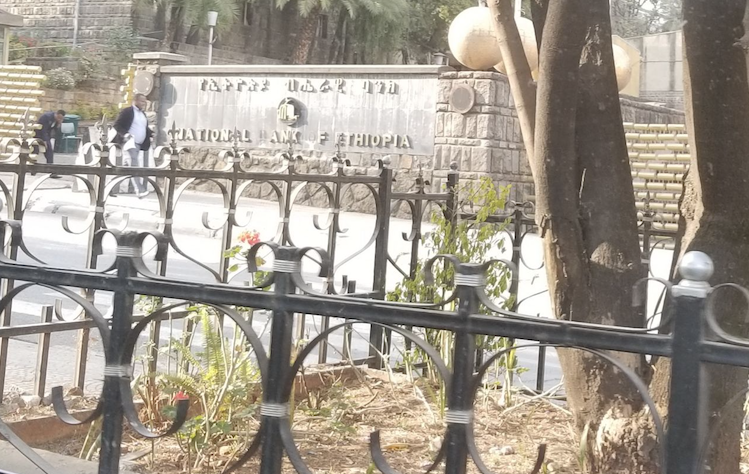 Microfinance institutions are now required to surrender 30pc of the foreign currency they generate from the sale of shares to the Ethiopian diaspora to the National Bank of Ethiopia, according to a new directive.

Microfinance institutions are now required to surrender 30pc of the foreign currency they generate from the sale of shares to the Ethiopian diaspora to the National Bank of Ethiopia, according to a new directive.

The 10-page directive that was issued last week by the central bank operationalises the proclamation that allowed the diaspora, as well as companies owned by diaspora, to invest in existing and under-formation financial institutions.

"There is a need to put in place an implementation modality for investment by the diaspora in the microfinance business," reads the directive that is signed by Yinager Dessie (PhD), governor of the central bank.

The Ethiopian diaspora who are interested in putting money into the financial industry can only invest in foreign currency, according to the directive.

The new directive followed another one that was issued three weeks ago ordering the banks to surrender the same value of their foreign currency earnings from the sale of shares into the account of the central bank. Initially, the regulatory bank proposed that financial institutions surrender their foreign currency earnings fully; however, it reversed that after facing an intense backlash from operators in the industry.

The directive, which hopes to bring more foreign currency into the country and increase the diaspora's participation in the economy, requires the diaspora community to transfer their investment through a SWIFT system. It also stipulates that financial institutions open a blocked foreign currency account for the sale of shares and report these transactions to the central bank.

If a company, which is jointly owned by nationals and diaspora, want to put their money into macrofinance, payment of the share subscription in a foreign currency will be made to the extent of the shareholding percentage held by the diaspora. At the same time, the balance can be paid in Birr, according to the directive.

Tekolla Demssie, the board chairperson of the newly established Grand Microfinance Institute, warmly welcomes the directive, saying that it will help them by boosting their capital.

Initiated by Hidasie Telecom, Grand Microfinance has 367 shareholders that raised 12 million Br in paid-up capital. It is currently waiting for a go-ahead from the central bank to commence operation.

However, Tekolla fears that many members of the diaspora community might not be interested in investing in microfinance institutions.

"They are keener to buy shares in banks instead," he said.

Until it was recently reversed, the financial sector was closed to the diaspora community. Three years ago, the central bank ordered all of the private banks and insurers to return the share certificates of non-national shareholders and auction off the shares for public subscription.

Even though the Ministry of Foreign Affairs is working on conducting a diaspora census, the government estimates there are about three million members of the Ethiopian diaspora.

Opening the financial sector including investment in microfinance institutions is a laudable move, according to Abdulmenan Mohammed, a financial expert, who adds that allowing them to keep 70pc of the forex will encourage them to market their shares to the diaspora community aggressively.

However, he fears that the diaspora community may not be interested in acquiring shares with forex, as their returns will be in local currency.

"This lopsided arrangement is discouraging unless the financial institutions come up with other forms of sweeteners such as a reduced premium when they sell shares to the diaspora," he said.

Abdulmenan also says that investment in microfinance institutions is not as familiar among the diaspora as investing in banks.

"So, it is highly unlikely that the microfinance institutions would benefit from the investment of the diaspora," he said.

He also recommends allowing the financial institutions to keep 100pc of the forex proceeds from the sale of shares to the diaspora, as it encourages them to exert greater effort to attract the forex investment from the diaspora.