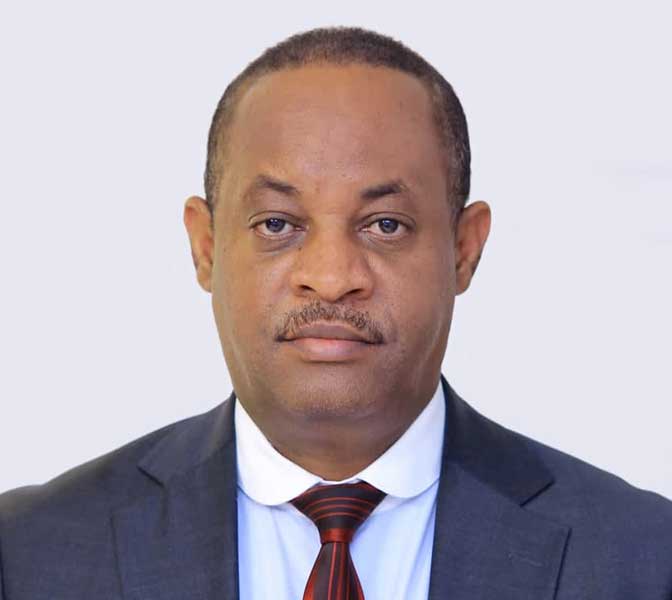 Lion International Bank (LIB) has appointed Daniel Tekeste, 43, as its president, following approval from regulators at the National Bank of Ethiopia (NBE) last week. Taking the helm as the Bank's fifth president since its founding in the mid-2000s, Daniel is tasked with reversing the lacklustre performance LIB registered last year.

Unlike the three years beginning in 2017 when Lion Bank had enjoyed robust growth – net profits were shooting up by an average of 20pc annually – it suffered a 47pc dip in profits last year. The Bank netted 334.5 million Br, leading returns for its 12,000 shareholders to nosedive by 57pc to 3.59 Br. The icky development was mainly driven by the militarised conflict in Tigray Regional State, where half of its 276 branches are located. Unoperational since the war broke out in November 2020, these branches account for close to 60pc of deposits.

Deposits shrank by 0.5pc to 25.9 billion Br last year, in sharp contrast to the banking industry's 25pc jump in the aggregate deposit of 1.3 trillion Br. Lion Bank had seen deposit mobilisation grow by an average of 42pc annually over the five preceding years, higher than the 36pc average growth registered by second-generation banks. According to people familiar with the industry, it also suffered a bank run last year where political uncertainty led account holders to withdraw billions of Birr in one month.

Steering the Bank back into the realm of positive growth is a burden Daniel and his executive team have to shoulder all the way through.

Born in Adwa, 993Km north of Addis Abeba, Daniel embarked on a career in finance after joining the state-owned Commercial Bank of Ethiopia (CBE) in 2003 as a junior officer. He was assigned to lead a team for credit risk management. After a decade at the CBE, Daniel, a father of one, joined Lion International Bank in late 2014 as head of its risk and compliance department. He was later appointed director of the international banking department.

In 2018, Daniel was promoted to the vice president office for business strategy management and modernisation, a position he held until he was appointed as acting president following the departure of Getachew Solomon last year. The fourth president of the 16-year-old Bank, Getachew moved to North America this year after a brief stay in Dubai.

Michael Gezahegne, head of Lion's human capital department, has worked alongside Daniel for the past 10 years at LIB and the CBE. He speaks of Daniel as a person raising the elephant in the room.

"He raises important issues and makes arguments that hold water during quarterly management meetings," Michael recalled. "He knows how to lead and push others to the limit to achieve the desired outcome."

Lion Bank's board of directors spent two months reviewing two candidates before vesting the top position to Daniel. He is well aware of the predicament the Bank finds itself in.

The Bank has opened two branches in the last six months.

Under the chairmanship of Gebrehiwot Ageba (PhD), the board of directors established a resource mobilisation committee at the beginning of this year to restore LIB to its former standing as a mid-tier but reputable bank. Daniel heads the committee along with six vice presidents. The Bank will also step up banking service accessibility, according to the President.

LIB had over a quarter million mobile banking users by the last financial year. The number of card and internet banking users stood at 175,000 and 31,600, respectively.

Daniel is not alone in facing the task of rebuilding a financial institution damaged by war. Last month, Aklilu Wubet was appointed president of Wegagen Bank, another in the industry suffering due to the armed conflict in the north. Having a significant presence in Tigray Regional State, its profit after tax plummeted 85pc to 126 million Br last year.

Daniel is one of the youngest presidents in the industry, but with 21 years of experience in finance.

"His relatively young age will allow him to forge ahead with technological advancements and the rapidly changing banking industry," he said.

The Bank's deteriorating asset quality is among the new President's outstanding issues.

Total assets rose by a marginal 1.3pc to 32.2 billion Br last year. Loans and advances, which increased by 17pc, constitute over two-thirds of total assets. However, the quality of its assets measured by non-performing loans (NPLs) has dwindled recently. Last year, sick loans nearly quadrupled to 16.7pc.

A central bank directive classifies a loan as non-performing when 90 days pass without payments on the agreed schedule. It compels banks to set aside funds from gross profit as a provision with a ratio of one.

LIB maintained 623 million Br in provisions last year, a massive jump of 153pc. This has had a profound effect on asset quality. Reclaiming the unpaid loans is the other daunting task awaiting Daniel and his team. The Bank has set up a task force that will be responsible for enhancing asset quality and reclaiming the unpaid loans the Bank disbursed last year, according to the President.

Experts like Abdulmenan Mohammed, a financial analyst keeping a close eye on the banking industry, argue that Lion Bank needs to expand its presence in parts of the country that are not impacted by conflict and redirect resources from less-profitable ventures. He observes the lacklustre performance last year was partly due to a "damaged reputation."

"The Bank needs to address these problems to regain its reputation," Abdulmenan said.

Daniel acknowledges that restoring public confidence is perhaps the most significant challenge ahead. The Bank is committed to regaining its reputation through outlets such as engaging in corporate social responsibility, says Daniel. Last year, it donated 41 million Br to humanitarian and development initiatives.

"I've no doubt the Bank will reclaim its former standing in a relatively short period," said Daniel.