The projects are expected to cost the government 56 billion Br 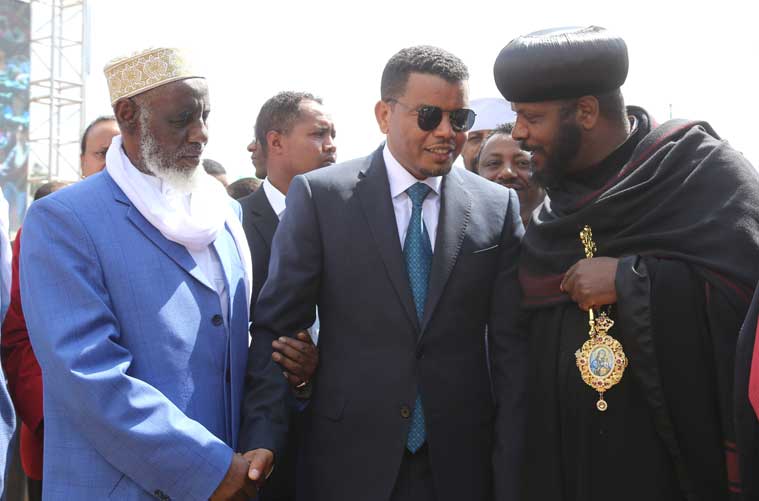 Signaling a policy change by the Addis Abeba City Administration, Deputy Mayor Takele Uma inaugurated condominium projects that will be built in centre city. The projects are expected to cost the government 56 billion Br and be completed in two years time.

The 20,504 condominium units will be built in the nine districts of the city and will occupy 69ha of land. Creating over 52,000 job opportunities, the projects will include 174 blocks of condominiums, each of which will have a separate contractor.

“From the experiences of the previous projects, we have learned that it is important to settle the residents around the same areas so as not to disrupt their social lives,” said Takele.

“I can’t wait to see the apartments built in Qirkos,” she said. “However, the district has to consider those who do not own homes but have been living in rental houses for the past decade.”

Kassanesh and people like her, who were born in the district but do not have their own homes, are concerned that the programme might not consider them.

Another one of the housing projects will be in Bole District on a plot of land located next to the Addis Abeba Bole International Airport. The City Administration plans to build 28 condominium blocks in the area. The plot of land that has now been cleared was also a site for the Green Legacy campaign on July 29, 2019, where seedlings were planted.

"When I planted the seedlings, I was happy to make my "green legacy," but now all the seeds are destroyed," said Wondesen Ali, who washes cars in a space around the area. He nonetheless appreciates the City Administration's efforts to meet the housing demand.

Housing projects in Ethiopia have involved more than 12,000 small and micro-enterprises, over 2,000 contractors and have created more than a million jobs in the last 13 years. Nonetheless, of the 835,000 people who registered for condominiums since 2005, only around 176,000 have received houses thus far.

In the last fiscal year, the City Administration identified over 51,000 winners of housing units under its middle and lower-middle income housing schemes. But the announcement of the condominiums was not without controversy. It led to protests across the Oromia Regional State, given the politically sensitive location of some of the condominium blocks.

The displacement of farmers as a result of condominium projects has also been a source of controversy for some time.

“Building the house in the middle of town will minimise the number of displaced farmers,” he said.

“But the condominium project should also consider and be suitable for people with disabilities and the elderly,” he said. “The building should also consist of parking, green areas and children’s playgrounds.”

Dining Out, a Lost Art in the City