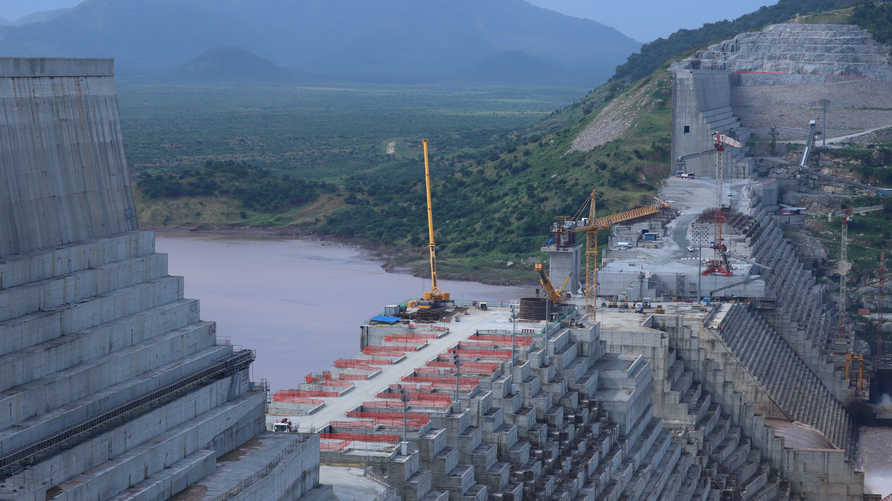 The latest pressure from the United States toward Ethiopia to sign an agreement on the filling and operation of the Grand Ethiopian Renaissance Dam (GERD) places the administration of Prime Minister Abiy Ahmed (PhD) at a critical juncture.

The United States, which has been playing a mediator role in the GERD negotiations, inferred that Ethiopia should hold back on starting to fill the Dam before inking an agreement with Egypt and Sudan. With its "observer" status, the United States has facilitated the preparation of an agreement on the filling and operation of the Dam. The document was prepared with the technical input of the World Bank, which also joined the negotiation as an observer.

After having two rounds of negotiations in Washington, D.C., the latest meeting was called mid-last week with a plan that the three countries conclude the talk and ink the agreement dubbed the "Guidelines and Rules on the First Filling & Annual Operation of the GERD."

However, Ethiopia, which plans to start filling the Dam in July and believes that water filling is part of the construction, did not attend the meeting, requesting a postponement and stating that the country needs more time for public consultation. The meeting proceeded in Washington with the presence of the ministers of Foreign Affairs and the ministers of Water Resources of Egypt and Sudan.

The meeting was followed with a statement from the United States Department of Treasury that stated that the water filling should not take place without an agreement.

Ethiopia should not start final testing and water filling in order not to cause significant harm to the downstream countries, according to the statement from Steven T. Mnuchin, Treasury Secretary.

The statement put Prime Minister Abiy, who is currently receiving massive economic support and aid from the West, in a high-pressure situation. He has promised his voters that he would show solidarity and represent their interests in supporting the operation of the Dam, which has reached 70pc completion.

"This is a nation that has jealously guarded its sovereignty for centuries," tweeted Abebe Abebayehu, commissioner of the Ethiopian Investment Commission. "Neo-colonialists beware!!!"

Ethiopia, Sudan and Egypt have been in conflict over water rights since the start of negotiations several years ago. The early stages of the disagreement resulted in the signing of the Declaration of Principles (DoP) in 2015.

Following the DoP agreement, the water ministers of the three countries jumped into technical meetings, which have been in continuous limbo ever since. The technical meeting was even suspended after the meeting that was held last October in Khartoum, Sudan. During the session, Ethiopia refused to sign onto the minutes after Egypt's proposal for the participation of a third party at the negotiations.

However, negotiations were reinstated in November after Prime Minister Abiy and Egyptian President Abdel Fattah al-Sisi met in Sochi, Russia, at the Russia Africa Business Summit. During the meeting, Ethiopia backed off from its firm stand on the non-involvement of a third party, which many experts opposed, saying that Ethiopia had conceded to Egypt's position.

They also agreed to hold two more meetings in Washington, D.C. to assess the progress of the sessions. They also decided that they may involve a mediator or refer the matter to their heads of state if the water ministers failed to reach an agreement. The negotiation was restarted in Addis and went smoothly. The second technical meeting was held in Cairo, while the third was held in Khartoum in December of last year.

The fourth and final meeting was held in Addis Abeba and concerned water filling and operation of the Dam, as well as drought mitigation. The two-day talk ended in deadlock after Egypt came up with a new proposal to fill the dam over a period of 12 to 21 years.

The United States entered the scene as a negotiator along with the World Bank in a session where Ethiopia sent lawyers and consultants along with its Water and Foreign Affairs ministers to report the four meetings. The session ended after the three countries agreed on certain points, while the number of years to fill the Dam remained a point of difference.

There was also a technical and legal discussion in the interim period held in Sudan, and the latest meeting was scheduled to reach a final agreement.

In the latest meeting, Ethiopia refrained from taking part after Foreign Affairs Minister Gedu Andargachew wrote a letter to the Treasury Department stating that Ethiopia needed more time to conclude a consultation at home.

Proceeding with the meeting in Ethiopia's absence, the United States announced that it believes that the work completed over the last four months has resulted in an agreement that addresses all issues in a balanced and equitable manner.

"We appreciate the readiness of the government of Egypt to sign the agreement," reads the statement from the Treasury Department. "We ... look forward to [Ethiopia] concluding its process as soon as possible to provide for the signing of the agreement at the earliest possible time."

Though many Ethiopians were infuriated by the United States' statement, the Ethiopian government's response was diplomatic.

"Ethiopia as the owner of the Dam will commence first filling in parallel with the construction of the Dam," reads the statement from the government of Ethiopia, who also stated that the entire negotiation process is based on the merits and sovereignty of Ethiopia.

A hydroelectric expert, who believes Ethiopia made a major error in the negotiations by allowing a third party to be involved, says that the government should continue constructing and filling the Dam despite the pressure from the United States and Egypt.

The expert also notes that there was a lack of transparency from the negotiators' side, and they failed to hold consultations with the public and experts.

"They should take a good lesson from the latest outcome," he said, "as of now, the negotiators should be transparent to the public and involve the citizenry in every decision-making process."