Ethiopia Hopes for $1.5b in Foreign Aid to Finance Looming Budget Deficit 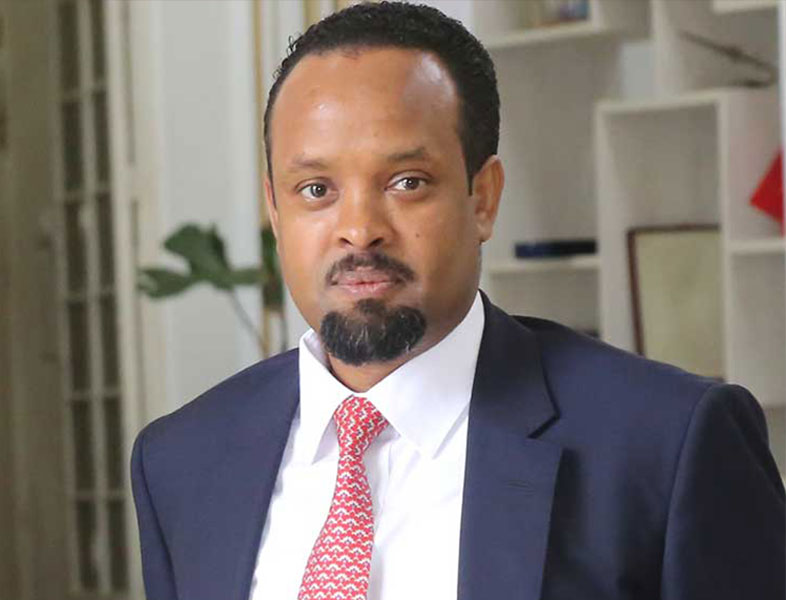 The federal government plans to get 66.8 billion Br (1.5 billion dollars at the current exchange rate) in foreign aid to finance its budget deficit for the fiscal year, projected to reach 144 billion Br.

This is amidst backlash from the western world over the war in Tigray and the subsequent humanitarian crisis in northern Ethiopia.

The budget shows an 18pc increase from the last fiscal year, although, in dollars terms, it is the lowest budget over the past five years. Financing the growing budget deficit, hovering around three percent of the GDP, remains a concern among policy wonks.

The federal government, which faces a budget squeeze due to an increase in tax shared with regional states, targets bilateral and multilateral sources to get loans and grants to finance the deficit.

Development partners, including the African Development Bank (AfDB) and the World Bank, are thought to provide 22.5 billion Br, while federal authorities hope to secure additional loans of 38.5 billion Br from the European Union and the United Kingdom, among others.

The loans and grants from foreign sources share 22pc of the budget – Ethiopia's tall order to secure the funds when relations with the transatlantic countries is at the lowest. The United States and the European Union have suspended development and budgetary aid to Ethiopia and threatened more economic sanctions over their disappointment with the humanitarian and human rights crises in Tigray Regional State.

Two months into the war in Tigray, the European Union suspended 107 million dollars in direct budget support for Ethiopia, calling for "unfettered access to humanitarian assistance in the war-ravaged region."

Development partners have “failed to keep their promises,” compelling parliament to pass a bill for 26.4 billion Br in supplementary budget, according to Chane Shimeka, the government parliamentary whip. He admitted last month that the federal government was unable to secure finance from external sources.

The problem may continue in the coming fiscal year, unless the situation in the northern part of the country improves, fears a senior advisor at the Ministry of Finance, whose identity is withheld upon request.

“Ethiopia does not seem a favourite child of the west now," he toldFortune. "This may lead to further restrictions on financial support to the country, particularly from the EU and the United States.”

Alemayehu Geda, professor of Economics at Addis Ababa University, concurs with the fear.

He saw a drastic fall in grants as budgetary support to the federal government over the past two years. It was severe on forex inflow, harsher than its impact on deficit financing, according to Alemayehu.

According to Ahmed Shide, minister of finance, the funds that will be used to finance public projects are already committed.

"We'll face no problem during the disbursement of the finance,” he told Parliament, appearing before the Revenue, Budget, & Finance Standing Committee.

The budget bill passed appropriated 183.5 billion Br for capital spending, 20 billion more than what has been allotted for recurrent expenditure. These are appropriations lower than subsidies earmarked for regional states. This excludes the tax shared by the regional states with the federal government, reaching 20 billion Br last fiscal year, showing a 300pc annual growth and causing a further budget squeeze on the latter.

Experts applaud the action taken to boost the revenues of regions. But some are not pleased with the attention the agricultural sector received. Judging by the share of 5.35pc of the budget, it trails behind infrastructure, debt servicing, defense and health.

“The budget allocated to the agriculture sector is usually low," said Demis Chanyalew (PhD), an economist who has published several books about the policies of successive administrations in Ethiopia. "More finance to regions would help the federal government offset this.”

The Ethiopian Roads Authority (58.8 billion Br), the Ministry of Defense (22 billion Br), and the Irrigation Development Commission (12 billion Br) are the largest recipients of the budget. Close to a fifth of the budget is allotted for road construction, while education (66 billion Br) received almost equal to infrastructure. Claiming 13pc of the budget, external debt servicing had surpassed 52 billion Br in March this year.

Federal authorities hope to see close to 66pc of the budget paid by domestic revenues mobilisation. They plan to collect 334 billion Br in taxes, 23pc higher than the last fiscal year.

Corporate tax is projected to see a 48.5pc increase, expected to reach 55 billion Br. Excise tax, which is planned to reach 28.7 billion Br in the budget, will see a four percent jump, portraying the least growth among all sources of tax.

While the government claim the budget is pro-poor, experts caution officials to be mindful of the inflationary pressure and its impact on household spending. The headline inflation registered last month was 24.5pc, the highest in nine years.

Government tax revenue is growing at a slower pace than the inflation rate, Alemayehu observed.

"It's not growing in real terms,” he told Fortune.

Technology, the World Pass by Ethiopia