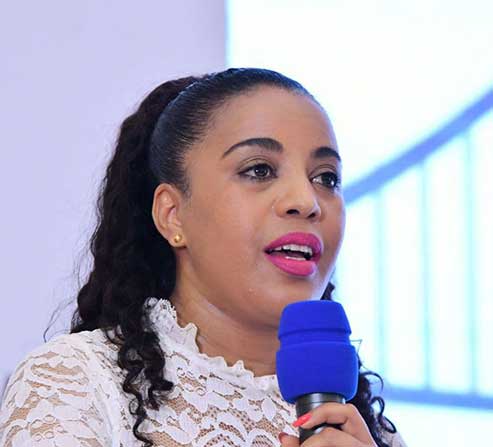 Ethio telecom, the country's sole telecom operator, is poised to launch a mobile money platform in two months, enabling customers to receive, send and make payments using their mobile phones. The project office and steering committee formed for the project kicked it off after the government authorised the company to proceed with a mobile phone-based money transfer service.

The company has already picked a mobile money solution to launch the service, built a modular data centre, and conducted two rounds of employee training.

"We'll deliver the project in a very short period of time," said Frehiwot Tamiru, CEO of the 126-year-old company.

The initiative to launch mobile money was hastened after the Council of Ministers approved an establishment regulation that allowed the state telecom operator to engage in digital financial services. The regulation, which boosted the company's authorised capital to 400 billion Br from 40 billion Br, allows the state giant to make equity investments locally and internationally.

The company started the process to launch the service over a year ago by submitting a proposal to the National Bank of Ethiopia (NBE), which approved its application to venture into digital financial services. After getting the consent, Ethio telecom's management jumped into selecting a platform and organising a project office.

Last week, the company also announced that it expanded its 4G LTE Advanced service, which boosts mobile data capacity and speed from the capital to six towns in Oromia Regional State for the first time. Adama, Dukem, Gelan, Bishoftu, Modjo and Awash Melkasa are the towns involved.

ZTE executed the project for 2.6 million dollars, with the payment fully covered from the foreign currency Ethio telecom generated from international services. The process of launching the service took two months. The actual upgrading work took less than a month and the remaining works, such as commercial and letters of credit (LC) processes, took up the remaining time.

The 4G LTE Advanced service was deployed at 110 sites in the six towns under Ethio telecom's South East Region division. The towns, which have 551 mobile sites, have 1.4 million customers who use smartphones, accounting for 39pc of telecom service users in these areas.

“There's high mobile data traffic in these areas,” said Frehiwot. "We hope that it'll significantly reduce the complaints we receive from customers in these areas."

LTE Advanced will also allow users to surf the internet faster and download and upload larger sizes of data at high speeds. The service was launched in the six towns as part of the company's three-year growth strategy that outlined data traffic growth and demand-based 4G LTE expansion in Addis Abeba and regional towns as one of the major strategic initiatives.

During this fiscal year, the company targets to build 769 new sites in addition to the existing 7,300 base transceiver stations (BTS), which connect mobile devices to the network. Out of these, 137 are under development in Addis Abeba and are expected to be completed by the end of this month or the beginning of next month.

Before the end of this year, the state telecom giant will be launching similar services in other parts of the country, for which preparation works are underway. It targets to expand Advanced 4G LTE at 1,094 sites in 103 towns across the country.

The company is bracing itself for partial privatisation. The Ministry of Finance hired Deloitte Consulting to advise and oversee the process to transfer 40pc of the company's stake to a foreign company and five percent to the public. Two full telecom licenses are also expected to be issued on April 5, 2021, as the Ethiopian Communications Authority has already started the bidding process for issuing the licenses.

A lost opportunity for Ethio Telecom