Donkey Abattoir Up for Sale

The company generated 200,000 dollars in its only month of operation 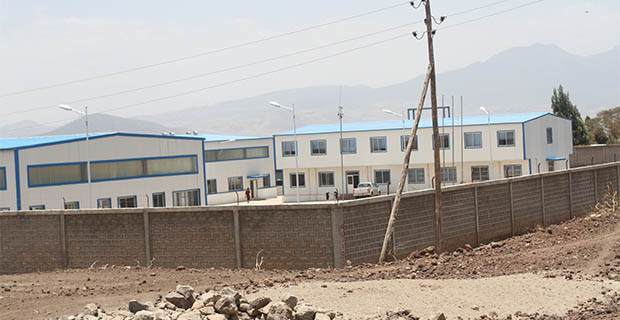 Shandong, a Chinese Company, is now looking for buyers and floated a tender for the plant last month.

The nation’s first donkey slaughterhouse, Shandong Dong, which was banned from operation for the past two years, is up for sale.

Shandong, a Chinese Company, is now looking for buyers and floated a tender for the plant last month.

“We decided to sell the slaughterhouse in July 2019, and buyers have the option of either buying the plant partially or fully,” said Liu Xiang, general manager of Shandong donkey abattoir.

The slaughterhouse, located 50Km south of the capital in Bishoftu, Oromia Regional State, rests on 1.5ha of land and consists of a slaughtering house, a wastewater treatment plant and cold storage across 1,600Sqm of space.

The Bishoftu City Administration wrote a letter banning the company in April 2017, stating that slaughtering donkeys is against the culture and religion of the society.

“Even though we discussed and agreed on the issue of setting up the plant with the community living around the area, the City Administration wrote the letter,” said Liu Xiang.

The construction of the donkey abattoir took nearly three years to complete, and the plant became operational in March 2017 with a total investment of 10 million dollars.

The plant, which has a capacity of slaughtering 200 donkeys a day, gets its raw materials from the local market and had created employment opportunities for more than 200 locals.

During a one-month trial production, the company exported its product to Vietnam and generated 200,000 dollars.

We used old donkeys for our abattoir because of the relatively cheap prices and to minimise the concern of the society, added Liu.

However, only one month into operations the company received the ban letter from the local authorities.

"After the ban, we wrote letters to everyone from the regional office up to the Prime Minister’s office asking for the decision to be reversed," Liu said.

“But the reply we got made us believe that the company will never return to operations,” added Liu.

Besides exporting donkey meat to other countries, the company planned to make Ejiao, medicine that treats diseases such as colds, viral infections and insomnia, a sleep disorder.

With around seven million donkeys, Ethiopia is one of the top three countries in the world in terms of donkey population.

Ethiopia is not the only country to shut down donkey abattoirs in Africa. Niger, Mali and Burkina Faso have closed donkey slaughterhouses as well.

According to the UK Donkey Sanctuary’s report titled “Under the Skin,” China demands a massive 10 million donkey skins every year, while there are only 44 million donkeys in the world.

Experts believe that the donkey abattoir should not have been closed and the decision to shut the plant down was spontaneous.

"The target market of the factory is not Ethiopia, said Hailemariam Kebede (PhD), a lecturer at Addis Abeba University's School of Commerce. "Instead, it exports its products to Asian countries."

The City Administration also should not have given the license to open the plant in the first place if they thought that this is against the culture, added Hailemariam.

According to the company, it incurred a loss of income of 5.6 million dollars since it stopped production in April 2017.

The Ethiopian Investment Commission and Bishoftu City Administration didn’t respond to a phone call and text messages left by Fortunebefore the paper went to print.