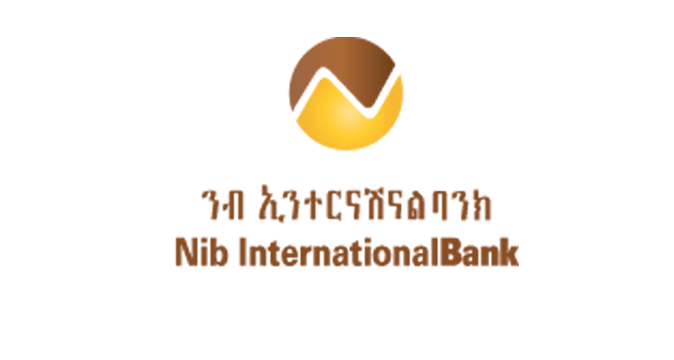 Nib approved the 12.3 million Br loan to Bright Future Furniture Solar Plc on August 10, 2019, taking the house that is located in Bole District as collateral. The housing unit, which is constructed by Pan Africa Real Estate, is under a court injunction following a proceeding trial.

Amid a fierce court battle over the ownership of a housing unit, Nib International Bank approved a loan to one of its clients using the house as collateral.

Nib approved the 12.3 million Br loan to Bright Future Furniture Solar Plc on August 10, 2019, taking the house that is located in Bole District as collateral. The housing unit, which is constructed by Pan Africa Real Estate, is under a court injunction following a proceeding trial.

Before approving the loan, the Tiret Branch of Nib requested Bole District's Land Development & Management Bureau Tenure Administration Transitional Period Service Project Office to check whether the land is free from any injunction.

In a letter that was sent to the Bank on August 14, 2019, the Project Office stated that the property does not have an injunction. Then the Bank disbursed 3.7 million Br of the loan to Bright Future on August 21, 2019.

However, on September 4, 2019, the Project Office sent another letter to Nib asserting that the property was under a court injunction. The Office also requested the Bank suspend the loan disbursement process. However, the letter had arrived at the Bank after the loan was already disbursed to the client.

The case was instigated when Tibebu Seletene, one of the disputing parties, took the case to court claiming Pan Africa Real Estate failed to deliver the housing unit it bought. In his charge, Tibebu claims that he entered a home purchase agreement with Pan Africa in May 2013 to receive a housing unit within seven months.

Tibebu also claimed Addis Bogale of Bright Future bought a house from Pan Africa in September 2014. Addis signed an agreement to buy a differently designed unit from Pan Africa, but in May of the same year he received the house that Tibebu had paid for, according to his claim.

Addis received a title deed from the District's Project Office in May 2018. Tibebu has a contractual agreement he signed with the real estate firm.

After reviewing the case, the Arbitration Bench of the Ethiopian Chamber of Commerce & Sectoral Association has ruled in favour of Tibebu and ordered the real estate firm to handover the housing unit to the claimant. The arbitration tribunal also ordered Tibebu to pay 339,380 Br outstanding.

While the case has been under court review, Addis requested to intervene in the case, stating that he has a legal title deed for the disputed housing unit. However, the court rejected his intervention.

The real estate company appealed to the Cassation Bench, which sustained the ruling of the arbitration tribunal in December 2018. Then Tibebu proceeded to the execution of the judgment, returning the case to the Chamber's tribunal, which put an injunction order on the 30,000Sqm parcel of land that is possessed by Pan Africa.

On March 25, 2019, Tibebu sent a letter to the Project Office requesting the annulment of a title deed given to Addis, attaching the court rulings.

The Office did not enforce the injunction order on the entire plot, since the whole land does not have a court liability and even some houses built on the property were transferred to home buyers who hold title deeds, according to Getachew.

In the middle of this, Bright Future requested the loan from Nib, which was then approved on August 10, 2019. Nib then required the District's land management office to check whether the plot under Addis's name was free from any court injunction or liability order.

"We sent a clearance to the Bank, since the property is registered under Addis's name, not under Pan Africa's," said Getachew Addis, a legal expert at the Office.

On August 10, 2019, Tibebu went to the Project Office and requested them to specifically place an injunction order on Addis's property, unlike the previous request, according to Getachew.

"He came to us after we sent the clearance to the Bank," he said. "Then we wrote another letter to Nib informing them to suspend the loan process, but they informed us the money was already disbursed."

Nib has followed the proper and legal procedures in disbursing the loan, according to Alemu Semaye, director of the credit appraisal department at Nib.

"We could take the case to court to recover the money," Alemu told Fortune.

A legal expert who has the experience of working with banks says that Nib can take the case to court by citing article 3052 of the Civil Code that states that legal title deeds are valid.

"Ownership evidenced by title deed is valid notwithstanding that the title deed was issued based on an act which is invalidated unless the person who avails himself of the mortgage is shown to be in bad faith," reads the article.

The expert also said that Tibebe has to proceed with executing the judgement, since the Cassation Bench's ruling is binding unless another court injunction is issued on the judgment.

The district's land management office has already formed a five-member committee to investigate the case. In the meantime, Pan Africa has appealed, and the case is pending at High Court, which adjourned the case to November this year.

Eyuel of Pan Africa Real Estate declined to comment on the issue, since the case is pending in a court of law.

Addis says that he is not part of the court dispute and did not know about the court injunction, since the case is between Tibebu and Pan Africa.

"I bought the house legally and obtained an authentic ownership document," he told Fortune.

Abay Bank Coming Up to Contend

Private Data Centre to Break Ground in Addis
Share this...