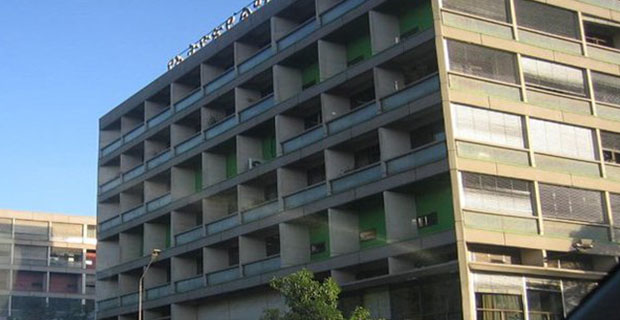 Experts see DBE's mounting non-performing loans (NPLs) could be behind the Bank's caution in its lending drive this year, judging by the decline in income and earned interest.

The Development Bank of Ethiopia (DBE), the state-owned policy bank established to provide development financing, has suffered a mammoth loss of 1.7 billion Br from its operations during the first three-quarters of 2018/19. This is an amount never recorded in the history of the country's financial industry. The loss is comparable to the gross profits recorded two years ago by six private banks.

More than half of the loss was reported in the third quarter of this year, reaching 981.1 million Br, revealing that the Bank is in deep water and unable to recover massive loans it has been advancing. DBE's financial and performance report was released two weeks ago during a two-day meeting held inside the conference hall of the Ministry of Trade & Industry on Marshal Tito Road. The management board, under Haileyesus Bekele, described the Bank's performance as "satisfactory." It credited DBE's recovery of close to 1.6 billion Br of the 2.2 billion Br outstanding the bank had advanced in project and lease financing during the period.

A closer look at its books, however, shows a result that is all but encouraging, for the unprecedented loss is attributed to provisions held to secure bad loans and advances, amounting to 17 billion Br.

At 109 years old, the oldest bank in the country has reported a mixed bag of results in its performance in mobilising resources using its 107 branches and 13 regional offices. Although its total income of a little over four billion Birr showed a modest increase of 10pc, the resources it has mobilised from interest on loans and advances registered a 10pc drop to 2.7 billion Br, owing to political uncertainty in the country and a slowing down in business. Run by a president, five vice presidents and 26 directors, DBE has disbursed 1.8 billion Br of the three billion Br it was prepared to advance over the past nine months to sectors it says are priorities: commercial agriculture, agro-processing, manufacturing, mining and extractive industries.

Over the years, commercial farms clustered mainly in the Gambella and Benishangul Gumuz regional states and flower farms, as well as textile, steel and cable manufacturing plants owned by Ethiopians, Turkish, Indian and Chinese companies were the most significant clients of DBE. Their records in serving their debts have not been positive, a judgement based on non-performing loans that represent 38.5pc of its total loans and advances. DBE was compelled to put aside 3.5 billion Br as a provision in the three quarters, 1.2 times larger than what its executives had planned. It is also an amount that consumed the Bank's operating income of 1.8 billion Br.

Experts see DBE's mounting non-performing loans (NPLs) could be behind the Bank's caution in its lending drive this year, judging by the decline in income and earned interest. Losses on this front were compensated by increases in income from treasury bills, up by 163pc to 760.1 million Br; and a 46pc increase in service charges to 263.39 million Br. However, the most substantial increase of 464pc was reported from foreign exchange fluctuations that reached 252.6 million Br.

This has not come without a cost. DBE's operating expenses have gone up by 46pc to 2.2 billion Br due to a 68pc increase in interest and charges, 1.7 billion Br in total. Financial analysts see the Bank's performance in capital, assets, management, equity and liquidity - CAMEL, in the industry parlance - as dismal. It has led to a significant decline if measured by a return on assets ratio of negative 2.19pc, missing its target of 0.33pc for the fiscal year 2018/19.

“The main reason for this underachievement is the decline in net profit due to the huge amount of loan loss provisions accounted for non-performing loans,” the Bank's management admits in its report.

Neither is the prospect for the full year positive, according to experts who examined DBE's balance sheet.

“The uncertain political and economic conditions in the country, coupled with the massive level of NPLs may increase the size of the loss in the quarter to come,” warns a financial analyst based in London. “Worsening loss may put DBE in serious financial trouble unless the government steps in.”

DBE's board of directors, chaired by Tegegneworq Gettu, a retired UN senior staffer, has placed a request to the government to inject fresh capital of seven billion Br, according to people knowledgable of the Bank. Others see no redemption for DBE. They urge the government to liquidate the Bank or change its business model to commercial banking.

"DBE needs to be dissolved if the government needs development," says a person whose job is working closely with banks. "It is better off starting up a new one."

Project Valued at 1b Br Brings Water to Dire Dawa

Duty-Free Privileges Valued at 81b Br

Central Bank Avails 16B Br to the Commercial Bank

AAU Allocates 10m Br for Research of COVID-19
Share this...