In the past six years, export revenues declined 13-fold 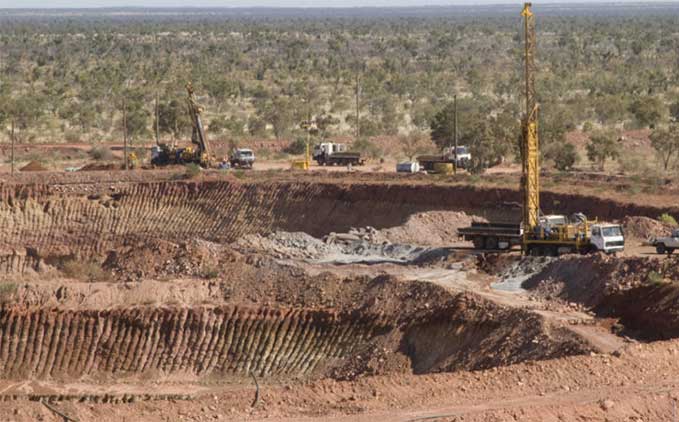 Concerned with the ever-declining revenues from the export of minerals, the government has formed a new committee to rescue the sector.

Composed of 12 members from the Ethiopian Geological Survey; Mining, Oil and Biofuel Corporation; and the Ministry of Mines & Petroleum, the National Steering Committee will be responsible for restoring the contribution of the mining sector to the economy.

Lack of access to markets and market linkages, unreasonable prices offered by the government to buy the minerals, contraband, failure of policy and institutional frameworks, lack of human and technological capacity and lack of infrastructure are the major bottlenecks in the sector identified by the new Committee.

"However, the major root of the problem is lack of coordination between the various stakeholders," said Tamiru Mersha, public relations and communication director at the Ethiopian Geological Survey.

"We also aim to combat contraband by creating a formal chain to eliminate the causes that result in informal trade," said Yidnekachew Takele, planning head at the Ministry of Mines & Petroleum.

The other focus area of the Committee is suggesting law and policy reforms by working with the Ethiopian Customs Commission, National Bank of Ethiopia and regional authorities.

The government has also started making some reforms in the sector. Recently, it amended the establishment regulation of the Ethiopian Mining, Oil & Biofuel Corporation. The bill, which has been tabled to the Council of Ministers, will make the Corporation report to the Ministry rather than the Public Enterprise Holding & Administration Agency for better administration.

Currently, the sector provides livelihoods for 177,000 people who are engaged in artisanal mining and 2,000 people employed formally by mining companies.

During the past fiscal year, the Ministry issued 24 mining licenses out of the requested 60, a record high. Out of the total licenses, 19 were for exploration, while the remaining five were for extraction. The companies will invest a total of 4.9 billion Br and create 1,200 jobs when they become fully operational.

A few months ago, the Federal Ethics & Anti-Corruption Commission started surveying five regional states endowed with rich mineral deposits. The survey aims to explore corruption practices and their outcome by suggesting measures that should be taken to combat corruption in the mining sector.

Last year the Ministry revoked the extraction concession of MIDROC Legedembi Gold Mine.

Two weeks ago a soda ash manufacturing plant administered by the National Mining Corporation, a subsidiary of MIDROC group, has also stopped working because of disputes over environmental issues.

A task force has been formed by the Prime Minister Office to resolve the issue, according to Michael Mengesha, communications director at the Ministry.

"The newly established committee will focus on working with companies that are operational," said Michael.

Worash Getaneh, an expert in the area, believes the continuous decline in the mining sector is mainly attributed to political reasons more than economic factors.

"The underlying reason behind the low performance in the sector is the political unrest that had unfolded in past years," said Worash, economist and mining geologist at Addis Abeba University's School of Earth Science.

Mining in the country has become so dangerous that even academics have failed to get geological data and conduct surveys in many parts of Ethiopia, according to Worash.

"The state should mainly work on providing security and guarantee their safety so mining companies can increase the revenue of the sector," Worash told Fortune.

The Ministry also agrees that security is a major challenge and aims to address the problem by involving more of the surrounding communities. It plans to give mining sites to organised youth groups and provide them with technical, logistical and knowledge-based support, as well as ensuring mining companies are fulfilling their social responsibility.

The Executive Committee of the ruling EPRDF reveals

In Fits and Starts, Insurance Sector Comes Out of Its Cocoon