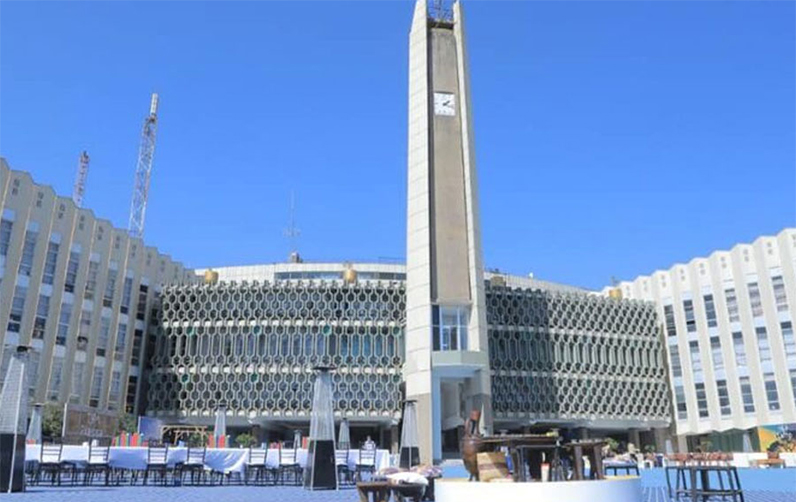 Fifty-nine prospective developers in Addis Abeba have received plots from the city administration.

Fifty-nine prospective developers in Addis Abeba have received plots from the city administration to invest in manufacturing, finance, hospitality, and real estate industries.

A month ago, the City Council decided to grant 47hct of land to developers through direct appropriation. It was a privilege limited to federally budgeted agencies, non-governmental organisations, places of worship and international organizations.

Municipal authorities say half of the plots have been transferred to developers.

One of the prospective developers is the Cooperative Bank of Oromia (CBO), incorporated in 2004 with 300 million Br in paid-up capital. The city's Land Development & Management Bureau, under the management of Jemal Aliye, has granted a 12,000sqm plot around the Senga Tera area (the financial district in the capital) for the construction of its headquarters. The Bank submitted its request a year ago, planning to erect a 70-storey skyscraper, according to Gadessa Mamo, a vice president.

The lease price for the latest round of land allocation is determined by a directive the City Administration introduced four years ago. The highest ceiling for a square metre is 39,000 Br. The Bank may face a lease fee of 468 million Br for a 50 years term.

Adama Steel Factory has secured a plot in the capital. Incorporated in 2011 with a capital of 40 million Br, the company plans to use the plot to construct a food processing facility, a senior manager disclosed. The company's plant in Adama town has an annual production capacity of 30,000tn of nails and tin steel. Its recent expansion at the cost of 5.6 billion Br was inaugurated in the presence of Prime Minister Abiy Ahmed (PhD). Abdulhakim Mohammed, also a significant shareholder of Abdulkarim Investment Group, is behind the Adama Steel investment. The latter makes a name in the exports of oilseeds and pulses.

Al-Sam Real Estate, a subsidiary of Al-Sam Corporation Ltd, is to receive a 3,000sqm plot near Mexico Square. Its executives plan to erect apartment units on the land.

Incorporated two decades ago with Sabir Argaw as its major shareholder, Al-Sam Corporation is among the country's most prominent business conglomerates. It made its mark by importing consumer goods and exporting coffee. It has had its debut investing in the industrial manufacturing plant of edible oil in the Furi area. However, its recent presence is strong in commercial and residential real estate in prime locations of Addis Abeba, including Al-Sam Cheleleka, a property near Mexico Square where the Ethiopian Commodities Exchange (ECX) is headquartered.

Prospective developers are required to deposit 150 million Br in a closed account to secure the plots. The municipality reviews an average of 700 requests each year. An ordinance introduced last year limits plot size to 5,000sqm for developers with an investment proposal valued at less than half a billion Birr. The requirement was introduced after a law was revised in 2019 to govern urban land use. The amendment was followed by widespread allegations of corruption in land transfers and services.

The revised law sets a timeframe for the completion of construction, granting two years for small construction projects and four years for large projects. But it still grants city administrations and regional governments the privilege to decide which projects fall into what category. The law empowers municipal authorities to repossess plots transferred to developers but left undeveloped.

This year, the land Bureau discovered that 130hct of plots transferred to 558 developers since 2016 remain unused. Plots leased to 59 investors were repossessed and moved to the city's land bank, disclosed Desta Mergia, director of land transfer and administration.

Last year, the City administration took a similar measure by rescinding the title deeds for 671 plots.

The latest round of allocations followed a new procedure, where experts tasked with preparing the plots were unaware of the identity of the prospective developers who submitted the requests.

“This is designed to avoid corruption,” said Desta.

The city administration is readying to recommence land auctions for residential, commercial, and mixed purposes after the City Council gave the go-ahead to auction 89 plots. It is the first round of land auctions in four years.

But this will do little to address the growing demand for land in the city and its peripheries, says Adem Redi, an urban planner. The plots availed by the City Administration correspond neither with the needs of developers nor the capital's expansion.

“The land transfer process should have deeper involvement from experts and be free from politics," Adem said.

African Countries Reap What They Did Not Sow

Banking Industry Profits Near 50b Br