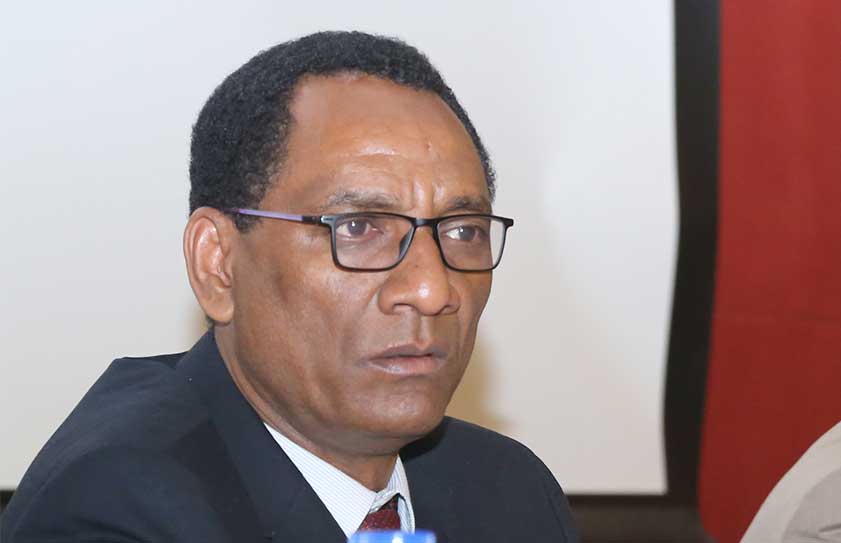 The state-owned aviation conglomerate, Ethiopian Airlines Group (EAG), is at loggerheads with the nation’s labour union confederation over the right of pilots to join a new trade union.

On November 4, 2019, the Confederation of Ethiopian Trade Unions sent a letter to Abadula Gemeda, chairman of the Group's board, expressing its concerns over the intervention of management in the restructuring of the Group’s labour union.

While the management argues that pilots should not be members of a newly formed labour union, the Confederation argued otherwise. This was despite membership of pilots in a former labour union under Ethiopian Airlines.

The new labour union was formed after the merger between Ethiopian Airlines and the Airports Enterprise following a regulation approved by the Council of Ministers on July 14, 2017. After the merger, the Ministry of Labour & Social Affairs and the Confederation organized a meeting on May 9, 2019, to establish a labour union that would have both sets of employees of the formerly separate entities under its umbrella.

The formation of the new labour union, Basic Trade Union, was followed by an election of a council of 34 member representatives. The fact that some of the members of the council were pilots did not bode well with the Group’s higher leadership. They argued that the pilots should be considered part of the management and thus not eligible to join a labour union.

This was a new development as many pilots have already been members of a labour union before the merger and membership fees had been deducted from their salaries, according to Yeshiwas Fentahun, chairperson of the Basic Trade Union.

Successive meetings were held that included EAG management representatives, the Ministry, the Confederation and the Ethiopian Transport Industry Employers Federation to address the disagreement.

The dispute finally appeared to be settled when the parties reached a consensus that the pilots should not necessarily be considered part of the management team. But the accord did not last long, and the Group’s management declined to recognize the new union in favour of the still functioning one that operated under Ethiopian Airlines before the merger.

Abathun Takele, president of Ethiopian Transport & Communication Workers Union Federation, believes that the management is within its right to do this.

“The management can choose to negotiate with one of the trade unions having a representation of the majority of the employees,” he said.

To resolve the ongoing disputes between the management and the newly established trade union, the Confederation agreed to hold another meeting between the employees of the Group on September 21, 2019.

The management still refused to recognize the new trade union, which received its certificate as a legal entity on October 22, 2019, and consequently wrote a letter to the Ministry that it plans to continue to work with the earlier trade union, which reorganized itself as the Primary Trade Union.

“All parties should work together to further enhance the reputation of the national carrier, and should not be caught up in prolonged disputes that may be damaging to the image of the Airline,” said Telila Deresa, chairperson of the Primary Union, which claims to be a legitimate representative of the employees.

Nonetheless, the Basic Trade Union claims to have close to 4,000 members registered with more than half of them having left its competing labour union. Before the merger two years ago, the trade union of Ethiopian Airlines had 5,600 members, while that of the Airport Enterprises had about 800 members.

It was following the impasse that the Confederation took the matter to the board of the Group to express its concern over the management’s interference in a letter sent in November.

Kassahun Follo, president of CETU, said that the Confederation has not yet received any response from the board or the management of the Group.

"Hopefully, the Prime Minister will intervene to bring all parties together to resolve the issue in a fair and equitable manner," he told Fortune.

Yeshiwas believes that pilots have been joining the new labour union, because they were not convinced of the conviction of the leadership of the earlier one.

“The former trade union had a structural problem with its centralized decision making power by the executive body, which was easily influenced by the management of the airline,” he said. “The limited participation of relevant professionals in the disciplinary committee of the Group makes it difficult to pass professionally plausible decisions on disciplinary problems presented to it.”

The bylaws of the newly formed Basic Trade Union makes it obligatory to include the relevant professional member from the concerned department in any disciplinary measures to be considered by the committee, which includes three members from the management and two from the labour union.

Fortune's attempt to reach out to representatives of EAG management was unsuccessful before the paper went to publication.

AHADU TO THE LABOUR SCRAMBLE

Give Child Labour Hashtags at Least