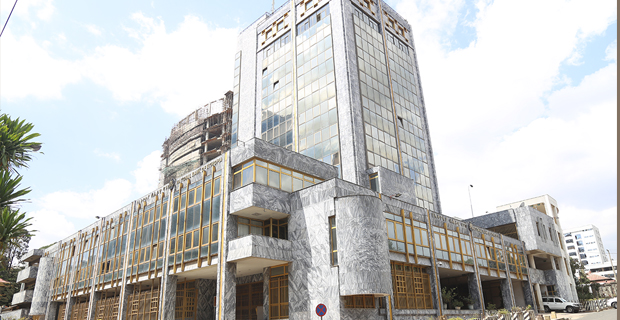 With the amendment, the banks have the freedom to negotiate on the manner of collection of interest and principal in cases of requests for rescheduling, renegotiating or restructuring of loans. The governing bank issued the new directive on November 8, canceling the decade-year-old directive on asset classification and provisioning.

“This is good news for the businesses who borrowed from banks,” said a vice president at one of the leading private banks. “We can now have the right to extend and allow reasonable extensions for borrowers to pay their debts.”

The procedure in issuing the amended directive created some confusion in the industry. The central bank sent a letter to banks ordering them to cease declaring foreclosures and repossession of mortgaged properties prior to issuing the new directive.

“The governing bank should have sent the directive first rather than the letter,” argued a chief operations officer at a private bank.

The letter, signed by Solomon Desta, director of bank supervision at NBE, states that following requests made by many borrowers to improve the prior directive, the letter directs commercial banks to immediately cease all foreclosure actions that are in the process.

“We were informed about the amendment of the directive when we had a meeting with the Governor last week,” the COO told Fortune. “We didn’t know when they would bring the directive into effect.”

The outcome though has been welcomed by the industry.

For Habib Mohammed, who has worked for a decade as a credit manager at one of the private banks, the directive has pros and cons.

“The lift of conditions on outstanding principal payments is a commendable move by the NBE,” he told Fortune. “Now banks can have the authority to decide whether to extend or reschedule loan terms by evaluating the financial conditions of their borrowers.”

In the previous directive, banks were obliged to collect 25pc of the outstanding loan when extending a second iteration, and 50pc for the third. The amended directive lifts this rule while demanding a prudent examination of borrowers by the banks.

The new 25-page directive, in addition to lifting the conditions of principal payments, also brought a smile to the banks and their clients by allowing previous defaulters to get additional loans.

“The relaxation must be triggered by a situation where a large number of borrowers are struggling to pay their loans according to the terms,” reasened Abdulmenan Mohammed, a financial expert with 15 years of experience.

“Banks were obliged to foreclose even if they didn’t want to,” he argued.

The banking sector is pleased as it will be able to give green lights for projects rather than enforcing foreclosures.

“We now can rehabilitate projects that we believe are genuine,” the vice president of a bank said.

One of the leading exporters of sesame seeds welcomes the initiative from the central bank, yet requests an improvement of the bank’s system in processing loans.

“This is good news for the borrowers,” he said. “Yet, banks still have to work on identifying quality borrowers.”

The new directive has established a new portfolio composition scheme. The banks have to have a maximum of 40pc of the loans and advances they give to be repayable in the short term, 20pc to be repaid within the long-term and the rest in the medium term. The long terms are loans that are given for more than five years, and the midterms are set between a year and five years.

“In a time of economic uncertainty, allowing banks to expand their short-term and medium-term loan portfolios is good,” Abdulmenan comments.

Habib agrees with Abdulmenan, but believes that there is a flip side that needs consideration. The freedom that lifting principal payments on rescheduled loans gives could be set back by the new portfolio composition scheme the banks are expected to transition to in two years time, according to Habib.

The expert’s comment gained weight in the eye of an executive at a mid-level bank.

“We have been troubled with the loan composition,” the executive said. “I expected the directive would address this.”

“Even if the banks are allowed to lend and reschedule loan periods, they will be challenged in accepting new borrowers,” Habib told Fortune. “While extending their hand to defaulters, they will reach the maximum limit of the portfolio.”

The loan limits of the new portfolio will not be implemented on existing loans for the next two years.

Experts recommend that the banks review the interest rate on loans rather than depending on extensions.

“The banks need to decrease their interest rates on loans, which is one of the reasons for the surge of defaulters,” Habib said. “They need also to be prudent in implementing the new directive.”

A Year of Colossal Headlines

The Art of Meetings: Done Right, They Compel, Not Bore