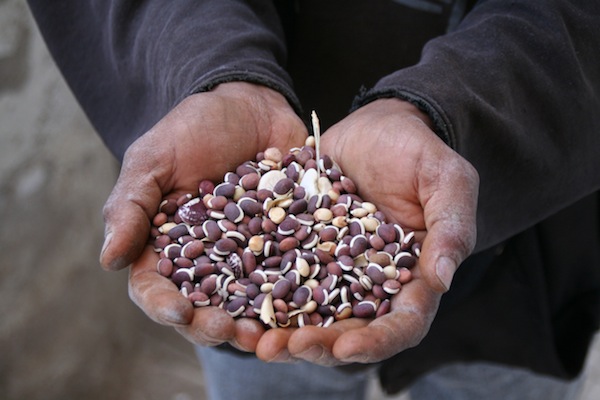 Drafted by the Ministry of Agriculture, the bill will enable the rights holder of the protected variety to be paid a fee. The beneficiaries must have a certificate of competence for seed production and marketing to receive the payment.

Seed breeders will get royalty fees when their variety is used for commercial purposes, according to a new regulation that was tabled to the Council of Ministers.

Drafted by the Ministry of Agriculture, the bill will enable the rights holder of the protected variety to be paid a fee. The beneficiaries must have a certificate of competence for seed production and marketing to receive the payment.

The draft, which has been in the making for the last year, was sent to the Council of Ministers for approval at the end of February. It was prepared by a task force composed of members from the Agricultural Transformation Agency (ATA), the Ministry of Agriculture and the Ethiopian Seeds Association.

Creating a field for competitive seed development, increasing productivity and benefiting breeders are the aims of the draft regulation, according to Tefera Zeray, advisor of agricultural development delivery at the ATA and the Ministry.

A public seed developer can determine the royalty fee to be paid to a breeder working at a public research institute. A variety developer can also set the payment if they alone produced the variety. However, the rates may not exceed the maximum ceiling to be set by the Ministry, which is currently drafting a directive to administer royalty fees that is expected to be enacted this June.

Even though the country legislated a proclamation three years ago protecting breeders' rights, it has never been protected, according to Tefera.

There are close to 1,200 seed varieties that have been released without protection.

During the examination period, the breeder will get a temporary permit for a year until the examination of the variety is concluded. And based on the verdict of the assessment, the temporary grant will be upheld or revoked. Then the Ministry will issue a certificate of plant breeder’s rights within 10 days of the approval of the varietal examination.

A breed from abroad is not required to pass through an examination process, however, the owner must bring a document that shows the date and year the variety was first protected.

The Ministry will license companies that will duplicate the seeds on behalf of a seed owner.

When the rights holder is unable or unwilling to duplicate a seed that is crucial for ensuring food security and public health, the Ministry can issue a compulsory licensing deal asking that other companies bid for the right to duplicate the variety without waiving the holder's royalty fee.

The duration of the compulsory license depends on the production cycle of the crop. For annual crops it is four production seasons or cycles. If the owner wants to revoke the compulsory license, if they can satisfy the public's demand for the variety, and if they can refund the losses of the company that was working to duplicate the variety, they can take back the exclusive rights to the seed.

While a considerable number of breeders are operating in the country, there has not been a sufficient variety with different qualities released to the farmers, according to Tessema Alemayheu, director of Edget Farmer Seed Producer Cooperative Union.

Tessema says that the breeders are not encouraged to avail new varieties, since they are not receiving proper compensations and incentives.

"This costs the industry quality in the variety of the major crops," he said. "The enforcement of this law is crucial, as productivity is 50pc depending on the genetic potential of the seed."

Even though the move is enterprising, the question lies in the human capacity of the institution that will conduct the examination of the variety, according to an agricultural expert who commented under the condition of anonymity.

"There is a grey part in the lack of human resources and maintaining the procedures of the examination," said the expert. "The main aim shouldn't be about productivity. The seed's disease resistance and moisture handling capacity, among other qualities, adds more value to the seed."

Bill Proposes Formation of Sugar Board

Bill Allows Foreign Firms to Use Own Forex

Housing Corporation Cuts Rental Fee in Half
Share this...