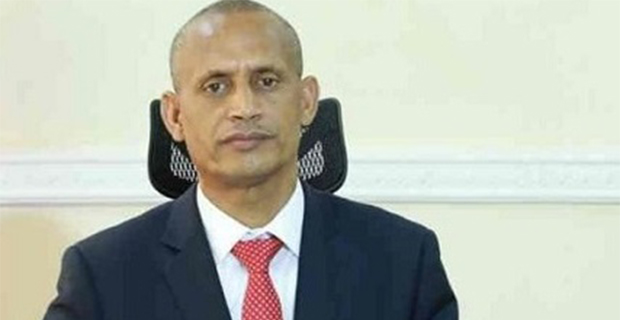 Since November last year, the civil war unabated in Tigray cost the Amhara regional budget billions of Birr, of which two billion Birr is requested as a recompense from the federal government, Fortune verified.

The federal government has received a request for reimbursement in billions from the Amhara Regional State, for costs incurred for medical treatment provisions to members of the Ethiopian National Defence Forces (ENDF) injured in the war in Tigray Regional State, among others.

Since November last year, the civil war unabated in Tigray cost the Amhara regional budget billions of Birr, of which two billion Birr is requested as a recompense from the federal government, Fortune verified. Hospitals and health centres in the Amhara region are under pressure to undertake their usual activities, affecting the provision of health services to the population due to a surge in medical expenses.

Gizachew Muluneh, communications affairs director of the Amhara Regional Administration, confirmed that a budget request has already been sent to the federal government. "We've incurred high costs for measures that required immediate intervention [from the regional government]," he told Fortune.

Several public hospitals in the region have been put to provide medical treatment for injured military members. A Bahir Dar University referral hospital, Finote Ghion Hospital began receiving injured soldiers immediately after the conflict broke out last year. According to hospital sources, the Hospital sent some of its medics to the war front in the Western Command, deployed to provide treatments on the battlefront.

"Psychiatrists are still serving in these areas," these sources told Fortune.

The radiology department of the Hospital sees up to four heavily injured patients a week. Still, the number was double during the early days of the conflict, according to a health worker who requested to remain anonymous due to the issue's sensitivity. In addition to members of the national army, the Hospital has been providing care for members of the Amhara special forces, these sources disclosed.

Although the cost of these unanticipated services has put a toll on the Hospital's budget, it has yet to ask for a reimbursement.

The Amhara regional state received 37.8 billion Br in budget support, representing close to eight percent of the federal government budget. However, the recompense its health authorities have requested constitutes a little over three percent of the 62 billion Br budget the regional council has approved for the fiscal year.

The demand from the Amhara Regional State for recompense puts additional pressure on the federal budget, which is already stretched to pay for the war and massive humanitarian undertakings that followed. Federal authorities claim that no less than 70pc of spendings to feed the millions of people displaced in Tigray Regional State is paid by the government.

Fiscal risks of different natures can be addressed using various techniques, according to Andualem Tilahun (PhD), a macroeconomist. Recurring and anticipated shocks like drought can be managed through contingency budgeting and midterm shocks can be addressed through reserves insurance. Unanticipated shocks like these, however, cannot be solved through reserves or insurance, explained the expert.

What remains as a possible solution is to cut the budget from other projects or expenditures and finance immediate deficit or borrowing, the expert explained, citing that slashing funding for other areas or projects will likely aggravate economic issues stemming from the COVID-19 pandemic. Similarly, borrowing could cause more inflation.

"Both are unfavourable choices," said the expert.

Having budget discipline that creates a fiscal space capable of accommodating such shocks would have allowed the government to better manage the situation, according to Andualem, who advised that non-inflationary borrowing to bridge the budget deficit could be the best way to go.

The crisis in Tigray has displaced nearly 1.6 million people since the conflict began, according to assessments conducted in April by the International Organisation for Migration (IOM). More are likely to join.

"Active hostilities have been reported across all of Tigray’s six zones in recent weeks, while volatile security conditions have rendered some previously accessible woredas - or districts - inaccessible," says a report of USAID released on April 28.

Close to 282 million dollars of support has gone to humanitarian assistance in the regions with contributions from USAID and the US Department of State’s Bureau of Population, Refugees & Migration. Still, the federal government is expected to incur more humanitarian assistance, health services and military operations.

WHAT DOES NOT KILL YOU …

Make the World a No War Zone

Amhara Bank Sells Half a Billion Birr of Shares
Share this...